Tracks from the Cascina’s past

Our territory can tell you a lot about the past and its origins: the finding of an object, the presence of a particular plant or some recurring toponym becomes a trace to recollect a forgotten time. We can say the same for Cascina Rodiani and the village of Drezzo, located in a region that has always been characterised by the encounter of various populations and cultures.

The wheat crop is the first product perhaps introduced by Northern populations, while the Romans brought chestnut trees, vines and olive trees. During late medieval times, Como became a centre for textile production, first focusing on wool and then on silk (we suggest you to visit the didactic Silk Museum in Como). In the countryside, peasants were breeding silkworms with a home-based method and thanks to the multitude of mulberry trees, planted around the lake. 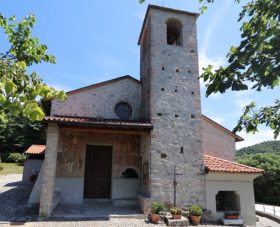 Close to the Cascina, stands the Madonna dell’Assunta sanctuary, dating from 1100 AD: its privileged position makes us believe that the church was originally part of a castle. After all, Drezzo has always been described as a fortified village, until its final destruction during the XVII century’s war between Como and Milan. 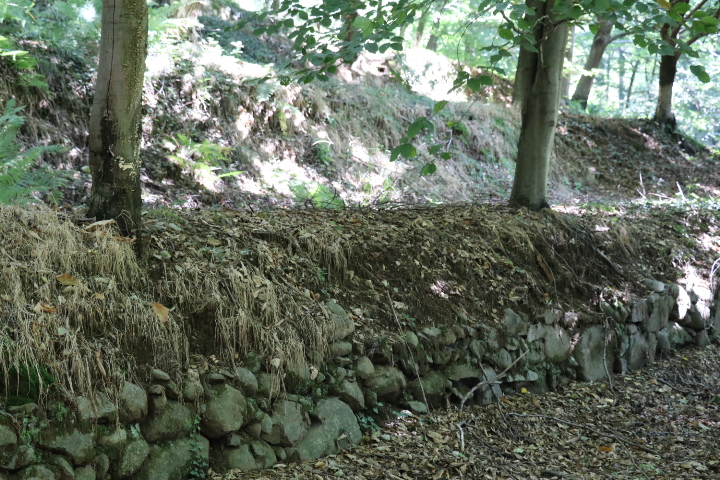 In the XVII century, Drezzo looked like a small rural town where one can find cereals, chestnuts, mulberry leaves and good quality wine. In the village, there were four farm houses: the Cascina Rodiani was called at those times “Cassina al Monte della Madonna Santa Chiesa di Sopra” and only later took its last owner’s name, the noble widow Rodiani.

Even nowadays, mulberry trees and the presence of many fireplaces, one in each bedroom of the cascina, remind us of the peasants’ habits of producing silk. The wooded land around the Cascina was once bare and peasants used to cultivate their products on terraces. 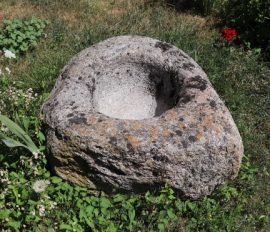 The round stone that you find in one corner of the Cascina, called ‘Pila’ , was once used to separate the barley from the chaff or the chestnuts from the peel. Barley is not cultivated anymore, but there are still lots of chestnuts that we collect and cook on the fire every autumn. 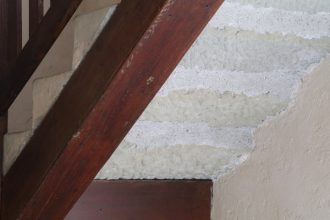 In the Cascina you can also notice that the sandstone’s steps leading to the first floor, are built with stones from Lanza’s quarries. Now abandoned, the quarries are especially fascinating at sunset when the last sunlight and the water on the bottom of the caves, create amazing reflections on the rock walls (see Parco del Lanza). Traces from the past can still be found nowadays.